PJ Letofsky is a Director, Producer specializing in Art and Culture documentaries with an International reach. His current film, “Neutra - Survival Through Design” on the Austrian American Architect Richard Neutra, debuted in Berlin, and Palm Springs Modernism Week in 2019. He directed Tarkovsky: Time Within Time, based on the Russian director Andrei Tarkovsky’s Diary, premiering in Sao Paulo in 2015. His first film, Polly’s GlobalWalk, on his sisters’ 5 year walk around the world for Breast Cancer, premiered for the Mayo Clinic, and was broadcast on PBS in 2010. PJ was born and raised in Minneapolis and studied piano and photography from age 6. He started his career with his Minneapolis cable show TV Party (43 episodes) covering the local arts scene. A seasoned pianist singer songwriter, PJ had his rock bands on the road for 12 years before moving into film. He studied at UCLA and has been Directing, Producing, and editing for over 20 years. 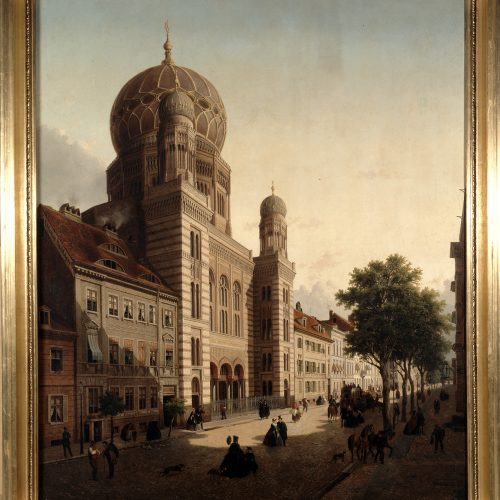 As founder and CEO of MAV12, a hybrid consulting and creative agency, he works within the corporate, government and NGO fields, building brands and businesses through strategy, fundraising, content production, film, tv, digital, social media, technology and leveraging influencers and celebrities. Gene has launched brands, produced commercials and films, raised and delivered millions of dollars in ROI. He works with emerging companies to prominent and diverse Fortune 500 clients such as Disney, Paramount, DreamWorks, 20 th Century, Universal, Sony, Ritz Carlton, Mercedes Benz, Toyota, SAP and Microsoft to name a few.
Gene also serves as the Managing Partner of The Cornerstone Collective, a design and procurement firm, specializing in luxury hospitality.

On the philanthropic side, Gene served as Global Chairman of the Strategic Alliances Committee for the Entrepreneurs’ Organization (EO), a global entity of entrepreneurs in over 64 countries. He forged relationships with the UN, G20, B20, NYSE, the White House, State Department, Fortune 500 companies, the media, foundations, and universities. He also represented the U.S. on the G20 YEA (Young Entrepreneurs’ Alliance), a global network of industrialized and developing nations championing the cause of entrepreneurship and economic development.

Jeanine is an independent producer involved with films and television for over 20 years. Her beginnings involved projects such as Academy Award winning Boys Don’t Cry, Sundance premiere Rhythm of the Saints and the highly regarded and award-winning That Evening Sun starring Oscar nominees Hal Holbrook and Mia Wasikowska. In 2004, she was nominated for Film INDependent’s Spirit Awards for producing the feature film Anne B Real. Jeanine served as the Director of Production on The Experiment starring Adrien Brody and Forest Whitaker. She recently produced Sacrifice for JuntoBox Films, Mr. Whitaker’s social media based independent film initiative and Rafi Pitts’ Soy Nero in competition at Berlinale 2016.

award-winning PBS/BBC series Travels, Hands Across the World (Sony Music Initiative), and several pilots for the Documentary Channel. Jeanine has served on the review committee for the International Documentary Association’s IDA Awards, has been a guest speaker at UCLA’s Graduate Director’s class, the Art Institute of Chicago and Columbia College Chicago. She is adjunct faculty for graduate creative producing at the Art Center College of Design in Pasadena. She is a member of the Director’s Guild of America, the Producers Guild of America, the International Documentary Association, Film INDependent and Women in Film.

Kuwaiti Fahad AlKhuzam is very passionate about architecture and will help unveil the unnoticed architectural riches the Middle East offers.

Donna Smith was tapped by Universal Pictures to serve as President of Physical Production and Post Production, becoming the first woman to serve in that role for a major Hollywood studio. Donna began her career as Production Coordinator on RAGING BULL and quickly rose through the ranks, serving as Production Manager, Line Producer and Producer. During her seven-year tenure at Universal, more than 120 titles were released under her leadership including Academy Award Winner, SCHINDLER’S LIST, JURASSIC PARK,THE TERMINATOR, BACK TO THE FUTURE, BABE, CASINO, WATERWORLD, etc.

Based in Los Angeles with offices in London and Sydney, CCI underwrote completion bonds for movies. Smith green-lit new business and spearheaded strategic planning, managerial insight; guided by an extensive network of relationships with Hollywood studio executives, producers, filmmakers and creative talent. Donna has the honor of being appointed a United States Film Ambassador to China and serves as a Women In Film trustee.

Roberto Fabbri is an architect, researcher, and interiors professor. He teaches different workshops on design, as well as museology.

As a designer, he has worked in Europe and the Middle East, mostly on rehabilitation projects. In 2006, he participated in the Venice Biennale. From 2010 to 2016, he was selected by the United Nations Development Program for a series of rehabilitations in Kuwait. In 2012, one of those rehabilitations, Amricani Cultural Centre, was nominated for the Aga Kahn award in Architecture. He developed more than fifteen different exhibitions, displaying both ancient and modern pieces.

His experience in teaching includes leading design workshops at the University of Bologna and the American University of Kuwait. In 2014 he was a visiting researcher at the Center for Gulf Studies in Kuwait. His line of research focuses on modern heritage and its rehabilitation, the culture and architecture of the Middle East, exhibition design and methodology, as well as composition. For his work on these topics, he has been the beneficiary of scholarships and support from the University of Bologna and the Kuwait Foundation for the Advancement of Sciences (KFAS).

He has participated in various international conferences in Milan, Ferrara, Paris, Beirut, and Kuwait. He has published in international journals and magazines such as Domus, Faces-Journal d’Architecture, and ANATKE. He has published two books on the architectural work of Max Bill (Mondadori 2011; inFolio 2017). He was the co-author or the double volume “Modern Architecture Kuwait 1949-89” (Niggli 2015 and 2017).